August 2022: The Sterling Park Safety Center, located at 104 Commerce Street will close to allow for the construction of a new 22,000 square foot replacement station in the same location. Closure of the station is anticipated to last approximately 12 to 18 months. Staff and apparatus currently assigned to the Sterling Park Station will relocate to, and operate out of, temporary facilities located at 203 East Holly Avenue. The phone number to reach staff for non-emergency business will be 703-430-1780 or 703-430-7010. In the event of an emergency, always dial 911.

The Sterling Volunteer Fire Department started in 1966 with two used pumpers and a tanker housed in a barn on Holly Avenue. By 1998, SVFD had two stations, Station 11 in Sterling Park and Station 25 in Cascades. Each of Sterling’s Fire Stations are jointly operated with Sterling Volunteer Rescue Squad.

Founded in 1964, the Sterling Volunteer Rescue Squad originally had one donated vehicle which responded to calls from a garage of a gas station on the corner of Holly and Commerce in Sterling Park. After an intervening move to the library on Sterling Boulevard, SVRS moved to its present quarters on Commerce Street and was renovated in 1990. 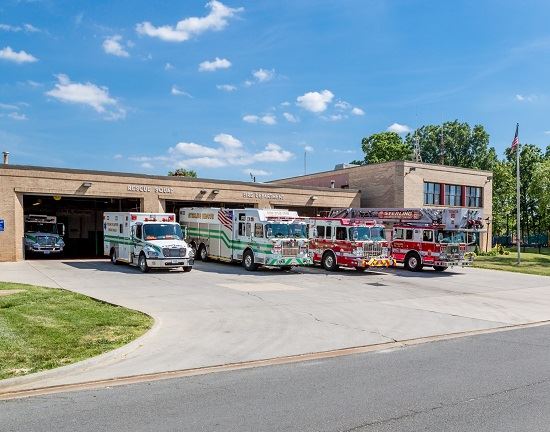